7 Smart Things To Do After A Car Accident: Your Personal Injury Guide 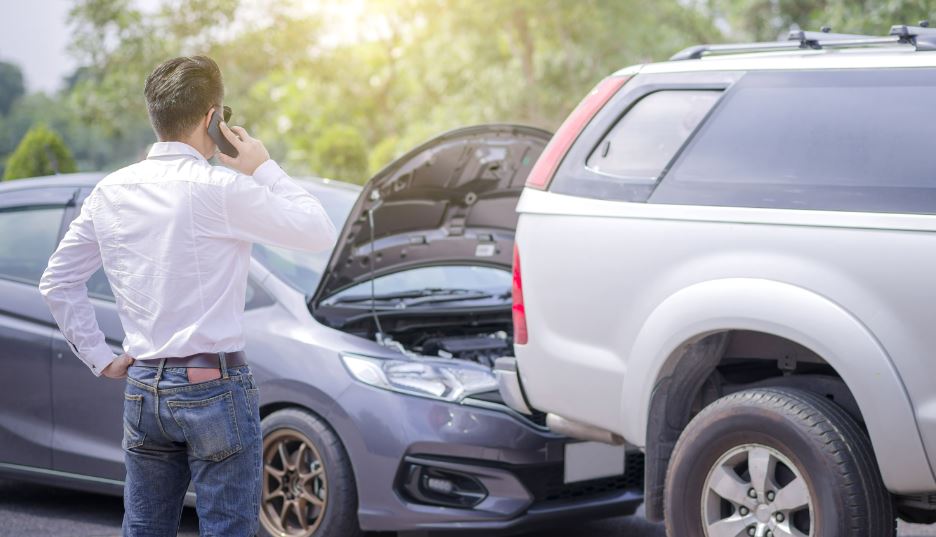 Each year, about six million car accidents occur in the United States. Hopefully, you’ll never find yourself in a situation where you’ve been involved in an accident—let alone injured in one. Still, it’s always wise to prepare for the unexpected. By knowing what to do (and what not to do) after a car accident, you can act quickly and sensibly.

Your safety and well being should be the first priority when you’re in an accident. If the accident occurs on a busy road, pull your car off the road to safety (especially if traffic is still passing by) and make sure you and other passengers in your car are okay. Call 9-1-1 for medical attention if anybody is injured; even if you don’t notice any obvious, injuries, it’s not a bad idea to be checked out by a doctor immediately after an accident—as symptoms of some common injuries (like whiplash) may not show up until a day or two afterwards.

No matter how minor the accident may be, you’ll want to have formal documentation in the form of a written police report. Contact your local police department to report the accident, and wait on-scene until officers arrive. Keep in mind that if the accident is a minor one, you may have to wait for a bit while officers handle high-priority calls.

If your accident has occurred on a city street, you’ll most likely file a report with the local police or sheriff’s department. For highway accidents, however, you should expect to file with state highway patrol. Regardless, you should be given a case or report number after you make your statement so that you can obtain a copy of the police report once it is filed.

While waiting for the police to show up, there’s a good chance your adrenaline will be pumping—even if the accident you were in was not a major one. This is simply your body’s natural response to a dangerous situation. Because of your increased adrenaline, you may actually find yourself feeling energized, hyperactive, and/or talkative. It’s important to remember, though, that you should never admit fault to another involved party after an accident. In fact, it’s generally best to avoid speaking with other people involved in your accident, aside from the purposes covered below.

You will need to exchange information with every other party involved in your car accident. This should include your insurance information, first and foremost. If the police arrive in a timely manner, you can have an officer handle this for you—especially if you’re injured or not comfortable speaking with others involved. If you’ll be waiting for police, however, it’s a good idea to exchange information sooner rather than later. That’s because on the off chance that the other driver flees the scene, you’ll want to have that information already gathered.

In addition to exchanging insurance information, it’s a good idea to write down the make and model of all other cars involved, as well as license plate numbers and general descriptions of other drivers.

5. Document as Much as Possible

There’s no such thing as having too much information when it comes to your car accident. If you have a cell phone with a built-in camera, take as many pictures of the accident scene as possible (as long as you’re not injured and are able to safely do so). Try to get photos from different angles, and be sure to document your surroundings and the road conditions. For example, if your car skidded on a patch of black ice, try to get a photo of the culprit. If there are traffic signs (such as street intersection signs) nearby, get pictures of those as well.

Did anybody witness your accident? If so, you might want to flag them down and ask them to give a statement to police, especially if they have information that may help your case. If they don’t want to wait for police to arrive, you might consider asking for their information so that police can follow up with them later on.

Down the road, you’ll also want to keep detailed documentation of any medical expenses you incur as a result of your accident, as well as estimates for repairing your vehicle and other other costs related to the accident itself. These can prove useful in negotiating a settlement with the insurance company.

As soon as you’re able to do so, give your car insurance agent a call to begin your claim process. The sooner you do this, the better. It’s even possible that your insurance agent will be able to come out to the scene of your accident help with taking photos or gathering other documentation as needed. At the very least, your agent will be able to get in touch with the auto insurance companies from other drivers involved to begin working on a settlement.

Another reason it’s so important to report your accident to your insurance company quickly is that many auto insurance policies with medical benefits will only pay out if you report the accident immediately and provide ample documentation.

No matter how “cut-and-dry” your car accident case may seem, it’s never a bad idea to consult with an experienced personal injury lawyer in Phoenix who also specializes in auto accidents. After all, even if you don’t have any obvious injuries immediately after the accident, you could develop symptoms in the days after your collision.

Unfortunately, insurance companies don’t always have your best interests at heart, either. Even if you receive a settlement offer from the insurance company for injuries and/or property damage as a result of the accident, then, it’s a good idea to have an attorney review your proposed settlement. In most cases, these settlements are on the low end. A knowledgeable personal injury lawyer in Phoenix will be able to work diligently at reaching a fair settlement for your accident case.

Being involved in an auto accident is taxing enough, but going back and forth with the insurance company after-afterwards can be even more stressful in some ways. Make sure you’re well represented by working with a personal injury and car accident attorney from the day of your accident until the day your case is settled. From there, you can enjoy the peace of mind in knowing that your best interests are at the forefront—and that you’ll have a fighting chance at a fair settlement.

Latest In The Blog & News