What is Workers’ Compensation?

Lawsuits against Others for Job-Related Injuries

Workplace Injury And Accident In Phoenix 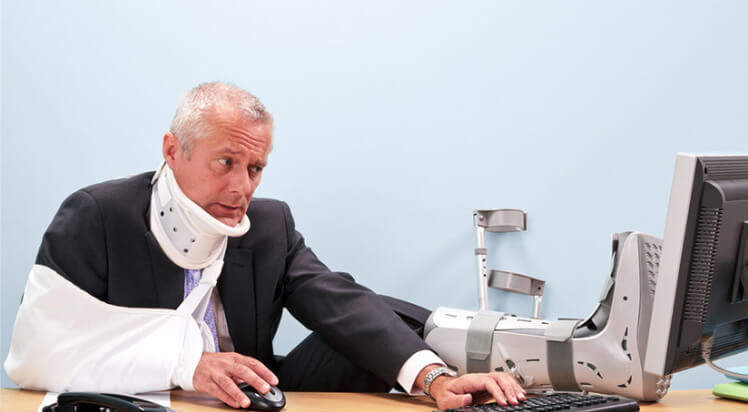 Have you recently been injured on the job? You are probably wondering how you will pay for your mounting expenses and who is responsible for those costs. A Phoenix workplace injury attorney can provide you with the guidance and excellent legal services you need to obtain fair and just compensation for your injuries. Each year, countless workers are injured and/or become ill as a direct result of their work environment. An expert attorney can help you get compensation to cover medical bills, missed days of work, and other expenses.

What is Workers’ Compensation?

Arizona workers’ compensation laws have been revised over time, and these changes may affect your claim. So, it is important to have a lawyer on your side who is familiar with the law governing injuries on the job.

What Benefits Does Workers’ Compensation Provide?

Any medical expenses qualify for coverage, including things such as an emergency room visit, hospital stays, doctor visits, medicine, and similar items.

If you lose more than seven days of work, you are entitled to recover a portion of your lost wages. The wage benefit you receive is based upon your average monthly wage. You can challenge the amount recommended by your employer, but you bear the burden of showing that you are entitled to more than that proposed. There are also maximum limits on wage benefits, depending upon your work income.

The workers’ compensation system is fraught with pitfalls for the unwary, and the potential of losing your rights and your benefits is very real if you do not obtain the assistance of a knowledgeable Phoenix workplace injury attorney.

Disability Lawsuits Against Others for Job-Related Injuries

It is not unusual for an accident to occur on the job, which leads to potential claims not only against your employer, but also against other, non-employer parties who bear some of the responsibility for your injuries. If you are injured on the job, Lebovitz Law Group will leave no stone unturned when it comes to investigating your claim. We will discover who else, apart from your employer, might be liable to you for your damages, medical expenses and potentially pain and suffering.

While pain and suffering are not recoverable in a workers’ compensation claim, compensation may be available against others who might have contributed to your injury, or to the condition that caused it. Also, be aware that there are special rules regarding how long you have to file a lawsuit for these third-party claims.

These third-party claims are available even if you file a workers’ compensation claim with your employer. Here are just a few examples of cases in which a claim against a non-employer third party might be available:

If you are injured on a construction site and your injury was caused, in part, by defective equipment manufactured and/or supplied by persons or companies other than your employer, you may be able to file a lawsuit against them.

If the project on which you were injured was managed or supervised by an independent party, you may be able to file a lawsuit against that third party.

If you work for the owner of a project, or a subcontractor, you may have a claim against other subcontractors in the event you are injured on the job.

If you are injured in an auto accident while driving for work, you can file a workers’ compensation claim and pursue a claim of negligence against the at-fault driver.

These are a few of many situations where you can pursue both workers’ compensation remedies from your employer and negligence claims against at-fault non-employer parties who might have contributed to your accident and injury.

Between the rules governing personal injury lawsuits and workers’ compensation laws, there are many factors that can adversely affect your ability to collect damages or other compensation for your injury. Technical rules, details, and requirements must be adhered to so as not to lose your claim rights.

If you have been injured on the job, don’t delay in contacting a dedicated Phoenix workers’ compensation lawyer. Contact us today to schedule a free, no-obligation consultation.

Get the Answers you deserve. The legal and insurance systems are confusing and intimidating. The Lebovitz Law Group has the experience and knowledge to guide you through them, and to help you get the maximum compensation you are entitled to.

Feel Empowered. Lebovitz Law Group has successfully helped people just like you get compensation for their personal injuries. We will give you the knowledge, counsel and advice to help you make wise decisions for your physical, mental, emotional, and financial well-being.

One on One Attention. You are important to us and we show it. Meet one-on-one for your initial consultation with our Managing Attorney, Brandon Lebovitz. Feel confident knowing that you will have Mr. Lebovitz’s personal attention every step of the way.

Save Time, Money and Stress. We know you have already lost time, most likely money, and have suffered stress because of your personal injury. Your time is important and valuable. Let Lebovitz Law Group take it from here; we will fight hard to quickly get results for your case, while you focus on your recovery.

LLG prides itself on being trustworthy and dependable. At an incredibly difficult time for you, LLG will relieve the burden of navigating the legal process to recovery.

At Lebovitz Law Group, we offer free, no-obligation consultations. If we accept your retention of our firm, we will finance your case costs. We only get paid when we obtain a favorable settlement or verdict in your case, and we stand by that promise.